Jackson, MS. – Rachael and Rebecca Weems were selected to receive Billy D. Young Memorial Scholarships by the Mid-South Chapter of the Independent Telephone Pioneer Association (ITPA). The award is based on merit, academic achievement, and motivation to serve and succeed in all endeavors as well as through written essay. The Scholarship is awarded to 12 high school seniors or undergraduate college students who are dependent children or grandchildren of an employee of a Mid-South Chapter Member company. The Chapter awarded a total of $20,000 in 2017.

Both Weems are 2017 graduates of Northwest Rankin High School in Flowood, MS, where they each finished with a 4.0 GPA. 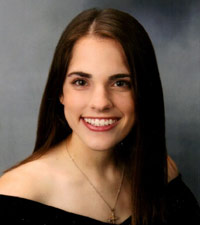 Rachael was awarded a $5,000 scholarship and plans to attend Mississippi State University in Starkville, MS, where she was accepted into the Shackouls Honors College and will be a part of the Mississippi Excellence in Teaching Scholar Program pursuing a degree in Elementary Education. 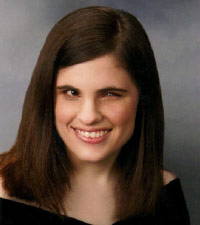 While attending Northwest Rankin, Rebecca was in the Beta Club and on Honor Roll, awarded Student of the Month in January, 2017, participated in Students Against Destructive Decisions (SADD), Paws ‘n’ Claws, and the NWR Varsity Choir. An active member of the Covenant Presbyterian Youth where she also attends church, Rebecca also participated in Northern Ireland Mission Trip, Beyond the Wall Mission, Stop Hunger Now and Stewpot Community Services. She enjoyed music and baseball.

Rebecca received a $1,000 scholarship to apply toward her attendance to Mississippi College in Clinton, MS, where she plans to obtain an undergraduate degree in Psychology with aspirations of going to medical school and pursue a Master in Counseling Psychology.

The Mid-South Chapter of ITPA offers the Billy D. Young Memorial Scholarship Program in an effort to support fellow telecommunications workers in educating their dependent children. The scholarship is made available through the Mid-South Chapter and is supported by the individual pioneer clubs in the Chapter.

Grow your career with our incredible team.